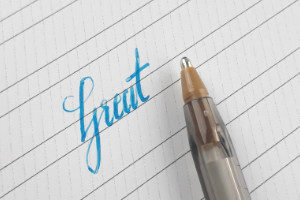 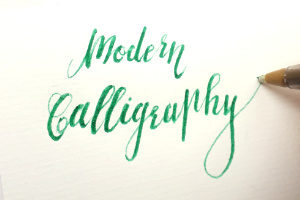 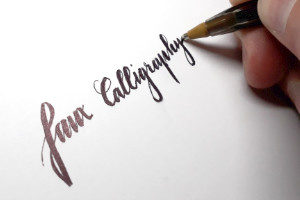 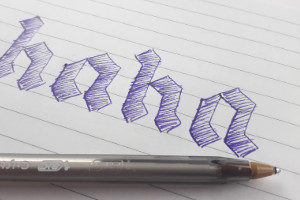 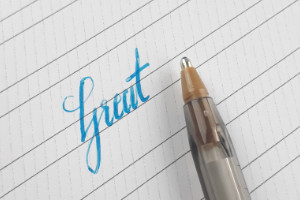 You would like to learn Kuligraphy but have no idea where to start?

Then this is the right guide for you.

I’ll show you where and how to start, how to practice, tell you about the pen techniques and where to get your few supplies.

At first, you need to start!

It does not matter if it looks terrible at first. You just need to start.

Believe me, this was the most difficult part before learning to write neatly with a ball pen.

For the second step, you should pick one of the following calligraphy script types.

There are hundreds of different types and alphabets in the world. I learned 3 script types so far, which I listed here for you to learn.

Traditional scripts, usually written with a pointed pen, have to follow certain rules.

But it is also possible to use a ballpoint pen. In the following, I’ll show you how to learn this traditional art of writing.

Even if those scripts have a couple of rules, with the right technique and a couple of tricks there are quick to learn.

Especially with the right tutorial and the right worksheets.

The modern calligraphy script is the best to begin with.

The spacing and formatting isn’t as important and you get the first feeling of the pen.

I started with the modern calligraphy script in the beginning.

It looked like a mix of Copperplate, Spencerian and a bit of my own style, even though I didn’t know those names exist back then.

But it is essentially the same as normal calligraphy, except of the use of special fountain pens.

You can use whatever writing tool you want. For example, pens, chalk or brushes on different surfaces where you can’t use a fountain pen.

This website is all about ballpoint pens (Kuli), therefore I’ll show you how to learn faux Calligraphy with a Ballpoint pen.

The Blackletter script is also known as the Gothic or Old English script.

People usually use special fountain pens or “Parallel Pens” to write this kind of letter.

But you can do it with just two normal ball pens connected together. Here you can learn how it’s done: Learn Blackletter Kuligraphy

Where to Go From Here

Just pick your preferred style from the listed above and start to practice with the exercise sheets.

With time your handwriting will get better and better.

After you master one of the styles, you can continue to the next one and practice those.

Are your ready to learn Calligraphy with a ballpoint pen and improve your handwriting?

Get your worksheets here!

Didi „You Can Do It!“ Peters

Did you like the article or is something missing? Let me know in the comments.